Starting from this update, the game world is now split into multiple regions. Within each region, several missions are made available depending on the situation in the region, which have to be tackled collectively by the players.

The game world has been split into a total of 22 regions, out of which 16 are land regions that can be explored. Region names are indicated on the world map (see below), players are notified when entering a new region, and the current region name is displayed in the top-right corner of the interface. 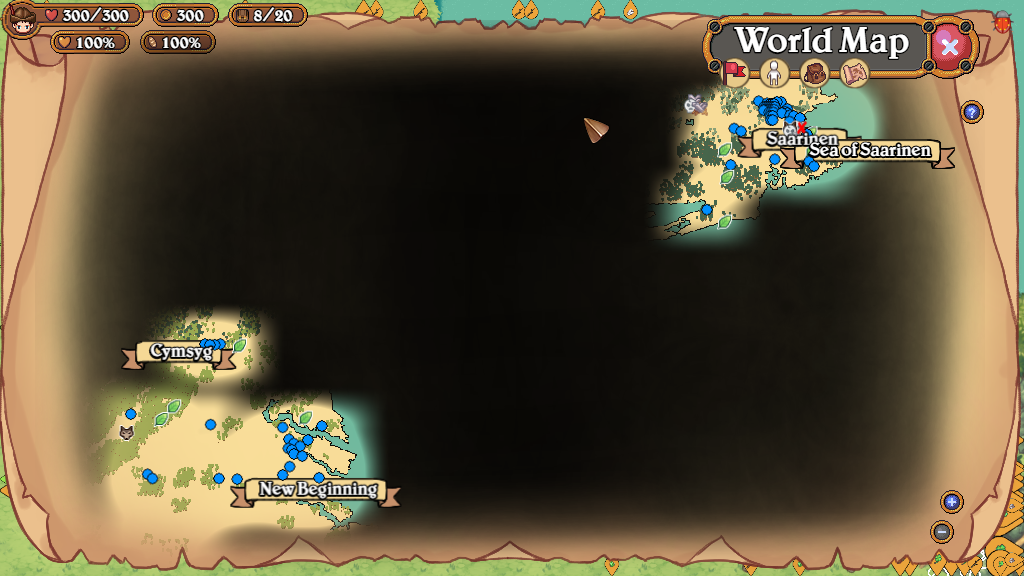 In a first implementation, the borders between regions were displayed on the map. I decided to remove them though. For starters, they were ugly; secondly, I find the idea of vaguely defined regions much more appealing and realistic.

This was also the occasion to expand a bit the possible starting points for the players. Instead of two, there are now 4 starting regions to chose from, as shown below. 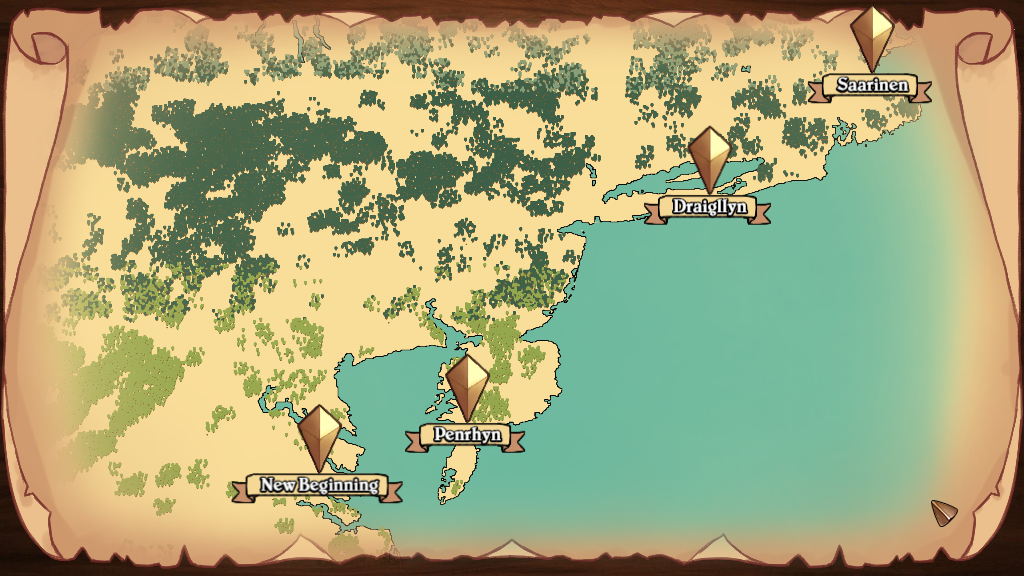 It’s all well and good, but what do regions bring to the table in terms of gameplay? Missions!

A new game menu has been added, giving access to the region menu. The main tab displays a part of the map centered on the current region, as well as some information on the status and available missions in the region.

A mission can be in one of three possible states:
1) Wild: barely any human presence, be it from players or Civs;
2) Settled: significant player presence and no immediate Civ threat;
3) Occupied: Civs are present in the region.

Depending on the status of the region, several missions are proposed to the players to guide them towards improving the situation. If the region is wild, emphasis will be put on exploring it and buildings. If it’s occupied, the focus will be on warfare. 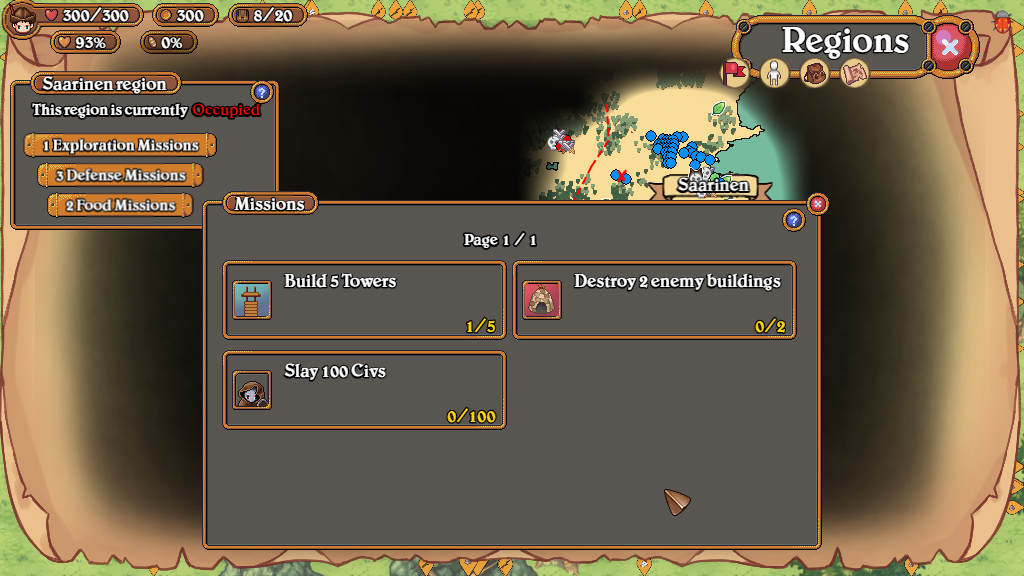 The missions are collective: they are the same for all the players in the region, and therefore all players contribute to the same goals. For example if the goal is to craft 10 bows, this can be fulfilled by player A crafting 2, player B 5, and player C 3.

Whenever a player performs an action that helps a mission progress, he receives a small amount of class XP in exchange, on top of the XP that the action would provide in normal circumstances. Typically, missions award XP for multiple classes, e.g. scouting for enemy civ buildings awards both soldier and explorer XP.

Missions are not mandatory by any means, they are just a nice way to earn more XP and act as indicators to point players towards important gameplay aspects. More experienced players remain free and welcome to pursue their own interests, regardless of the suggested missions!

In the future, additional information will be added in that menu, including about neighboring missions. It would also be nice to find ways to foster region identity and attachment of players to specific regions and to introduce some forms of friendly competition between them (e.g. which region is the richest, most developed…)

In addition, a few smaller changes have been made.

Animals tend to spawn around invisible spawn zones. From now on, spawn zones that are too close to civilized areas will be deactivated and stop spawning, making it necessary to venture further and further west to find wildlife. This is another step towards the concept of biomes that interact with the settlement process.

Speaking of animals, new varieties of wolves have been introduced. In total, there are now gray, black and white wolves roaming the plains, with slightly different stats. For now their loot is mostly the same, but in the future different pelts from different varieties of animals will have different uses.

Finally, Civ archers have been added in addition to the already existing Civ warriors, so don’t be surprised, when raiding a camp, to get arrows shot at you! (The good thing is that you can loot bows, arrows and quivers from them).

My goal for the next dev log is to finally introduce the abilities system. Classes, XP, levels and AP (ability points) have been present since ages in the game, but are completely useless for now. By the next dev log it’ll become possible to spend your AP on class-related abilities that will improve your character and eventually even open up new gameplay paths.

As I look at now, this would be the final big gameplay change needed to be able to consider Westward as truly playable, which will be a huge milestone. That being said, the game is still very far from the vision I have in mind, as lots of things can be added, improved and polished. We’ll get there!